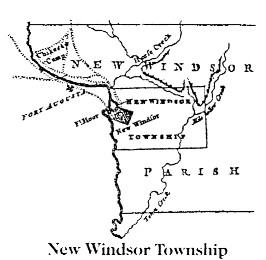 Long before there was an Aiken County or even an Augusta, GA., there was a small settlement perched on a high bluff overlooking the mighty Savannah River. That small spot on the South Carolina side of the Savannah River between Horse Creek and Hollow Creek was known as Savanna (Savanno) Town as far back as 1685.

But even before Savanna Town was placed on a map, Paleo Indians following big game wandered into the area as far back as 11,000 years ago. Large groups of Indians occupied Beech Island until 1450 A.D. After that time, few Indians roamed the region until the mid-17th Century and the days of Savanna Town. 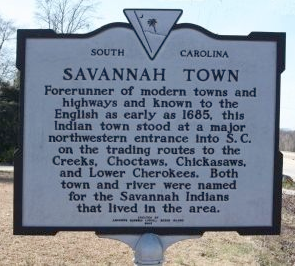 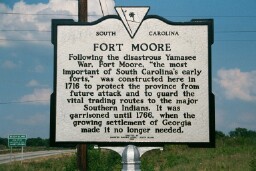 In 1716 after a major Indian war erupted, Fort Moore was built to guard the western entrance to the colony. The fort was situated on the high bluff at Savanna Town and had barracks that could hold 100 men, a house for the commander, storehouses, corncribs, stables and a well.

In 1727, the government of South Carolina invited the Chickasaw nation to move from Mississippi to South Carolina. A small band of about 100 under the leadership of Chief Squirrel King settled at Horse Creek about a mile upriver from the fort. They remained in the area until the Revolutionary War.

In 1730, Robert Johnson, Royal Governor of South Carolina, ordered that 11 townships be laid out in South Carolina. One of these was New Windsor, an area surrounding Savanna Town. Fort Moore was in the northwestern corner, and 200 town lots were to be laid out, each consisting of no more than a quarter acre. The remaining lands would be allotted to the inhabitants in 75 – 100 acre parcels. Most of the plats lay between Fort Moore and Silver Bluff, about 10 miles down river. No original plat of New Windsor has yet been found.

Many Swiss settlers were lured to South Carolina by pamphlets the government printed giving glorious description of the land and rivers. In 1737, a group of 200 from Appenzell, Switzerland, led by John Tobler, came to settle in New Windsor. About 40 died during the first summer. (click flag for more on Beech Island’s Swiss heritage.)

In 1739, the residents of New Windsor petitioned the General Assembly for a ferry to cross the river at their township. An act was passed to establish a ferry from the usual landing place at Fort Moore to the sand bar on the other side. The ferry remained in operation under different owners until the first Sand Bar Ferry Bridge was built in 1924. 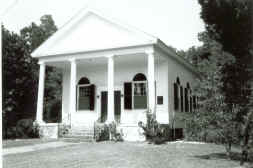 The economy of New Windsor depended greatly on the Indian trade. Even with the growth of Augusta and settlers beginning to populate both sides of the river north of New Windsor, the community survived for many years as a trade center. Some traders moved across the river to Augusta while others stayed.

1n 1752, one trader, an Irishman named George Galphin, began acquiring land down river at Silver Bluff and later established a trading post there. From 1775-1777, English naturalist William Bartram visited Galphin at Silver Bluff and called it “a very celebrated place.” 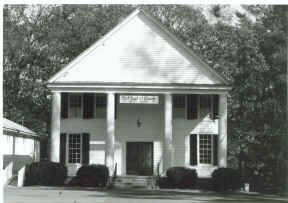 Galphin is said to have died Dec. 1, 1780, five months before Lt. Col. Henry (Light Horse Harry) Lee marched on Fort Galphin on May 21, 1781, and took the fort with its store of powder, ball, small arms, liquor, salt, blankets and other articles needed by the American forces to take Augusta from the British.

In 1830, Capers Chapel Methodist Church was organized and built, and 1832, the Beech Island Baptist Church. 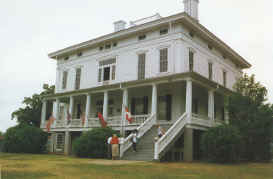 Education was not forgotten either. In 1820, Alexander Downer, a wealthy plantation owner, died at age 68 and left the bulk of his wealth to build a school for orphans. The school, the first Downer Institute, was built in 1843. Classes began in 1848 and continued until the end of the Civil War. Three other Downer schools followed holding classes until 1986.

As soon as new settlers arrived in Beech Island, they began farming by planting many fertile acres along the banks of the Savannah River. Successful planters accumulated large plantations.

In 1856, former S.C. Gov. James Hammond and 11 other farmers organized the Beech Island Agricultural Club for the diffusion of agricultural knowledge. The club still holds its monthly meetings and is one of the oldest surviving societies in South Carolina.

In 1855, Hammond purchased a house and 400 acres in Beech Island owned by Dr. Milledge Galphin, grandson of George Galphin. In 1857, he began building a two-story plantation home, Redcliffe. That November he was elected to the United States Senate. In 1859, he and his family moved into Redcliffe. He died there in 1864 and is buried in Hammond Cemetery. 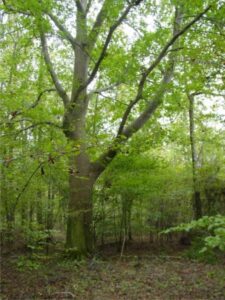 A question on the mind of many who become acquainted with Beech Island, SC is ‘why is it called an island when it is not an island?’ Though no authoritative answer can be given at this time, local historians tend to agree on at least three theories. One is that the original name was Beech Highland due to the fact that Ft. Moore was located on a high bluff overlooking the Savannah River and was undoubtedly plentifully blessed with beech trees. This theory suggests that the “h” was simply dropped over the years as different languages and cultures moved to the area. A second theory is that Beech Island is surrounded by the Savannah River and three creeks – Horse Creek, Hollow Creek and Town Creek — making it an island in a sense. The third theory suggests that there were islands in the Savannah River swamp covered in beech trees, and old plats and deeds describe people living on drier areas in the swamp as “living on Beech Island.” One large island visible today is an island called “the Dead River” created by the Savannah River cutting itself off. Whatever the reason, one can be assured that the beech tree played the biggest part in the name. Beech trees only grow mostly on the edges of swampland.

1 thought on “History of Beech Island”